Many options present themselves when you want to install a marine radio station: Ham, VHF, UHF, and marine short wave radio – each comes with unique benefits and also drawbacks.

This article focuses on SSB radios, discussing their definition and providing some pro tips on using them. So, what is SSB radio? What does SSB mean?

SSB is short for Single Sideband, which is a form of amplitude modulation (AM) that can send signals over long distances. Besides transmitting and receiving voice messages internationally, mariners can send emails via SSB radios.

All You Need to Know About SSB Radio

What does SSB stand for? The term means Single Sideband—a form of AM radio waves that can transmit up to 4,000 miles. If you have a CB radio, you can switch it to SSB mode, though the SSB CB radio range is likely lower.

When you send a signal via an AM frequency, the signal is carried by two sidebands. The bands mirror each other and thus can keep the top quality of the transmission over the distance. This, however, takes up a large space in the radio spectrum.

As the name implies, SSB or Single Sideband carries signals with only one sideband. This consumes less spectrum volume, allowing more users to join the network without interference. More than that, narrow bands are more powerful, though single side band radio range bandwidth is smaller than that of AM and FM radio.

With the SSB radio range comes the sacrifice of sound quality, though. On the receiving end of an SSB radio, the sound might be a bit thin and muffled. But rest assured that you can still grasp the message perfectly.

SSB radios are used widely among long-distance and offshore mariners. 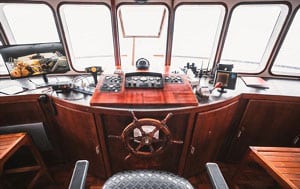 SSB radios operate on 2 MHz to 26 MHz bands, which is part of Ham radio’s frequency. The higher the marine single side band you choose, the further it will transmit.

For example, choosing the 4 MHz bands can send messages to a ship 600 miles away; meanwhile, the 6 MHz bands can spread your signals up to 1,200 miles; and the 8 Mhz bands can transmit signals across a 1,600-mile distance. The frequency chart goes on.

In theory, a well-established SSB radio station can send and receive signals within a 4,000-mile range on the highest frequency—26 MHz, but it depends a lot on the weather condition at that time.

Before operating an SSB radio, you will have to set up your SSB station and obtain a radio license.

For effective SSB stations, you will need marine SSB receivers, SSB head units, and antenna tuners. You should also purchase a suitable antenna.

Plus, you need to obtain a Long Range Certification. (If you already own a ship station license, you only need a radiotelephone operator’s permit.) The learning process will provide you with critical knowledge about operating and repairing SSB radio systems.

When you have gathered all you need, you can start operating your SSB radio on shortwave frequencies following this procedure:

Step 1. Select the SW band and tune your radio to 7125 to 7300 kHz until you can hear some voice signals (the transmission might be high-pitched and distorted).

Step 2. Press the SSB button and wait for a few minutes. 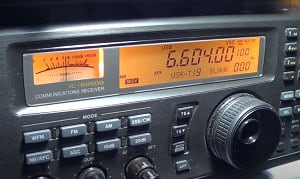 Marine stations broadcast on SSB frequencies, meaning crew members can listen to music and other content via SSB radios.

SSBs can send and receive texts besides voice signals. Operators can send emails and receive weather reports when integrating a Pactor modem into an SSB system.

Most importantly, on an SSB system, you can immediately send distress signals to nearby vessels and the US Coast Guard with just one button when needing urgent help. 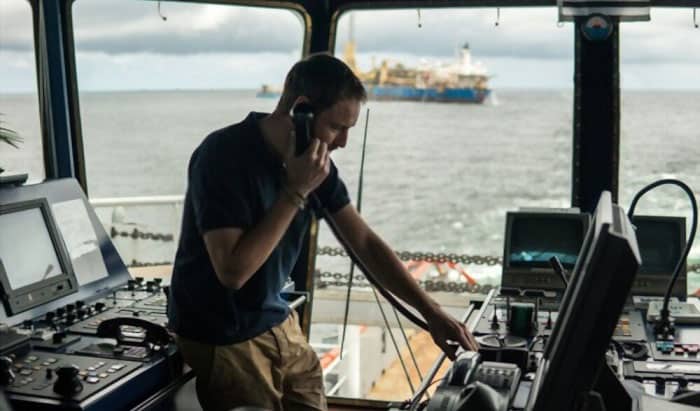 It takes some practice to use SSB radio proficiently. Below are some listening and operating tips for mariners who want to get into SSB world.

Installers often focus on the core of the system—the head unit and receiver—and forget to invest in a high-quality antenna, which is the element that makes the difference between a floppy and a successful radio station. You don’t want to set up an expensive station just to hear distorted signals over and over again.

So, think carefully before purchasing a random antenna for your SSB radio online.

Pay attention to the grounding system

The grounding system plays a vital role in the range your SSB can reach. We recommend adding an underwater dynaplate grounding plate along with the one on board. This technique will allow you to send and receive signals at the maximum potential range of SSBs without interference.

When setting up radio systems, you don’t want any metal in their vicinity. If your vessel has an aluminum deck and hull, you should cover the cables with insulators. The same applies to antennas; they should stay as far from metallic surfaces as possible.

A poor setup with metallic objects lying around can ruin your listening experience and hinder the potential of your SSB radio. 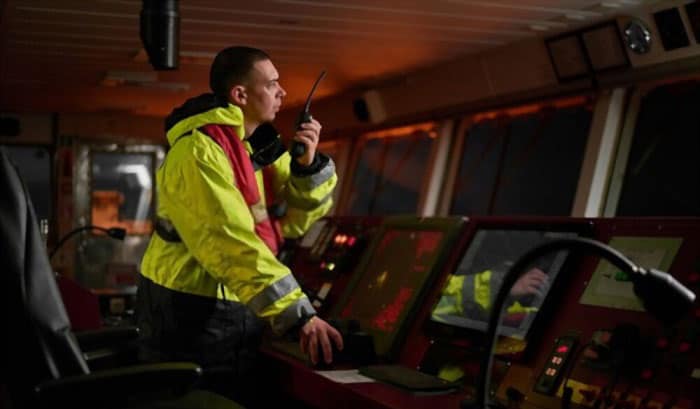 SSB vs Ham radio: What is the difference?

SSB and Ham radio are both two-way communication radio systems. While SSB radios are limited to only SSB frequencies, ham radios can transmit via AM, FM, and SSB.

In other words, ham radios can be used as SSBs, but the situation doesn’t go vice versa. Even then, ham radios don’t cover SSB’s Herb Hilgenberg’s Southbound II net.

Do you need a license for SSB radio?

Unlike ham radios, SSB radios do not require you to pass an exam to operate them. However, you must have a valid Ship Station license and a Restricted Radiotelephone Operator’s permit.

How far can you talk on SSB radio?

At maximum, an SSB radio can transmit signals to a vessel 4,000 miles away from you. This means you can send and receive messages internationally. But remember that the range depends on other factors, such as weather conditions and the station’s setup.

SSB radio vs VHF: what is the main difference?

While SSB radios can reach a range of 4,000 miles, VHFs are limited to 35 to 50 nautical miles. VHF radios are more portable and can be used on small boats.

To sum up, SSBs are Single Sideband radios that are used for long-distance communication at sea. Besides using it as a means of two-way communication, operators can send and receive emails, read weather reports, and listen to radio broadcasts.

We hope this article helped you form a clear idea on “What is SSB radio?” along with its usage and benefits. Don’t hesitate to browse our website for in-depth information about other marine radio types. Thank you for reading!

Working to create content for Marine Talk has always been a fascinating experience. I get to travel, absorb knowledge about boating, and tackle all the issues when we sail into freedom!