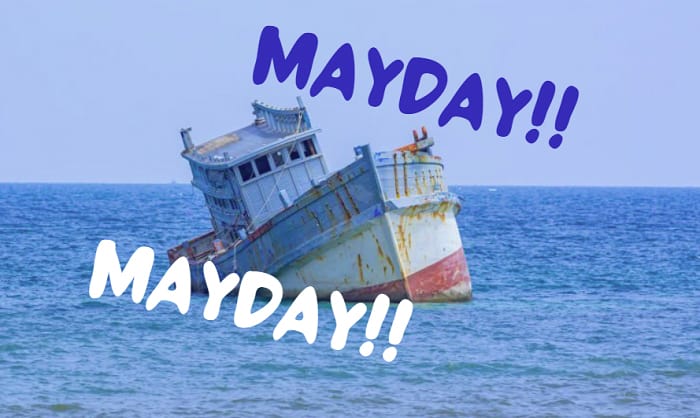 As you get into boating, you must have heard about Mayday distress calls multiple times. The term is used when a vessel’s in need of urgent help, and the survival of crew members sometimes depends entirely on such calls.

But do you know how to use it correctly? When operating a VHF marine radio, when should the term Mayday be used?

You should say Mayday at the beginning of a boat emergency transmission via channel 16. The term signals that you need immediate assistance relating to life-and-death circumstances.

When Should You Use the Term Mayday When Operating a VHF Marine Radio? 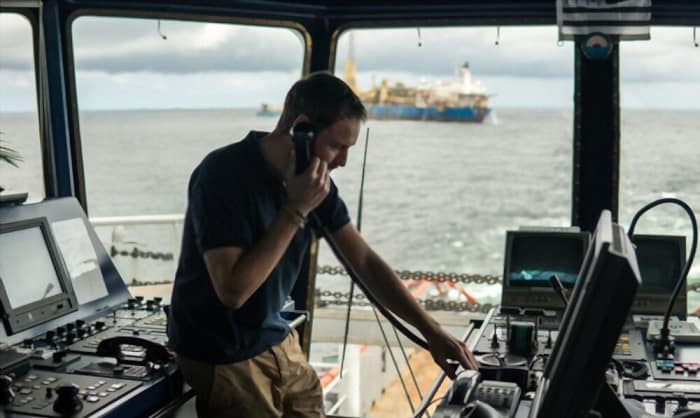 The origin of Mayday distress call dates back to the 1920s. It was invented by Frederick Stanley Mockford—an airport officer. The term Mayday was inspired by the French word “m’aidez”, meaning “help me”.

Since then, mariners have used it to signal that their vessels have encountered life-threatening situations. The circumstances in which you can say Mayday include but are not limited to:

When you make a Mayday distress call at sea on channel 16, the US Coast Guard and

nearby vessels will immediately seek your watercraft and assist your situation. The process is time-consuming and stressful, so make sure to use the code only when necessary.

If you call Mayday but then manage to handle the emergency on your own, you should come on the air to cancel the previous distress call.

In addition, remember that channel 16 is a VHF radio safety and distress calling channel, and thus should never be used for small talk. The misuse of channel 16 or Mayday prank calling can result in hefty fines.

When you have an urgent situation, but for the time being, it doesn’t threaten people’s lives on board or put the vessel in a treacherous circumstance, use a Mayday alternative—Pan pan.

The use of this alternative to Mayday includes:

You can also use this alternative distress signal when the urgent situation is currently under control, but you need help from nearby vessels in the worst-case scenarios. For example, the vessel has a small leak that you can control, but still, it is slowly flooded.

Why is It a Must to Have a VHF Marine Radio on Board? 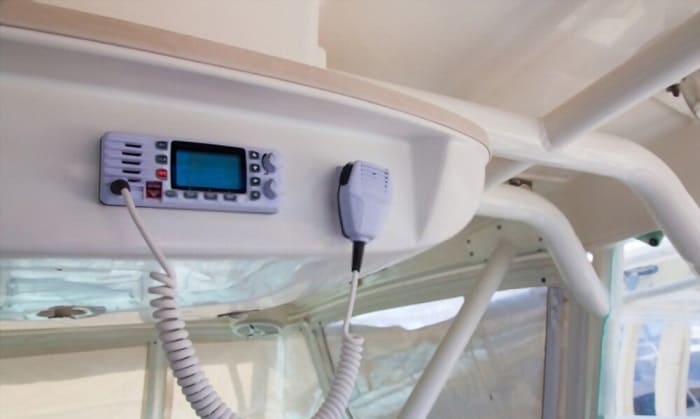 The reason for having a radio on board is obvious—it is a critical device to summon help in emergencies. But why should it be a VHF?

First of all, signals transmitted via VHF radio can be located. The Coast Guard will find your vessel and provide help even in challenging weather conditions, such as fog, storm, or heavy rain.

Secondly, VHF radio signals are more stable than CB radios or mobile phones. You can transmit your messages clearly and receive others’ transmissions even when you are far away from shore.

Lastly, operating VHF radios is simple and easy. Unlike ham radios, they don’t require a license to use. So, you can quickly reach the Coast Guard in urgent situations, and every member on board can do the same without much practice.

Ways to Make a Mayday Call on VHF Radio

When you encounter a situation of marine in distress, follow this procedure:

If possible, describe your boat’s type and color, so the rescuers can identify it more easily. Say the number of people on board so the Coast Guard can prepare suitable rescue vessels, and mention the number of injured people and their injuries.

If you can’t get hold of any receiver, be patient and repeat your message periodically. Remember to start each transmission with Mayday Mayday Mayday to grab attention.

You can also interrupt other channels to make a distress call, but only when you can’t find help on channel 16. Another way is to tune into channel 22A. It is the channel of the US Coast Guard.

You can follow the same steps when transmitting Pan pan—the alternative signal to Mayday.

Which VHF marine radio channel should be used to make a Mayday call?

The primary channel for Mayday calls is channel 16. But if you can’t contact the Coast Guard or other boaters there, you can interrupt other channels or transmit directly on the USCG channel—channel 22A.

What do I say when I call for Mayday?

Start your call with Mayday Mayday Mayday. The code will grab attention and inform others that you have a life-and-death situation at sea. Then, provide your boat’s position, including the latitude and longitude. Finally, describe the problems you encountered.

When should I say Mayday? The term is for life-threatening emergencies in which you need immediate help. Note that the misuse of Mayday is deemed a law violation – thus, pay attention to using it correctly.

That sums up our answer to the question “when operating a VHF marine radio, when should the term Mayday be used?” We hope this article helps prepare you for the worst scenarios on the water. Boat safely, and we shall see you around!

Working to create content for Marine Talk has always been a fascinating experience. I get to travel, absorb knowledge about boating, and tackle all the issues when we sail into freedom!