Though boats and cars share similar control systems, the steering wheel on a boat is often placed on the right. This can feel awkward when you first try to drive a vessel. The view is strange from another angle. So, why are boat steering wheels on the right?

It is a mandatory navigation rule that when boats meet head-on, they pass portside to portside (which is the left side of the observer when he/she looks towards the bow).

As such, the left side is the danger zone and should be avoided. The vision from the right is also more extensive, allowing the driver to spot hazards quickly.

But why don’t boats pass right side to right side so manufacturers can place the wheel on the left? That’s another good question! Find out by continuing to read.

Why Do Boats Pass Portside to Portside 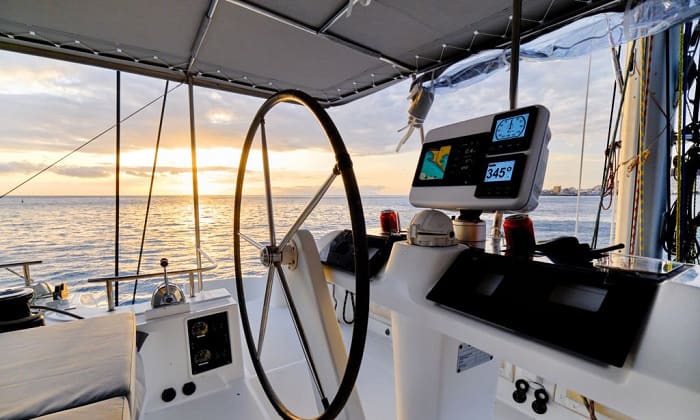 The rule dates back to ancient times when people drove boats with oars. Because most sailors were right-handed, they paddled on the right. If boats pass starboard side to starboard side (the right side of the observer when he/she looks towards the bow), the oars will clash and be damaged. That’s how the rule started.

Why Are Boat Steering Wheels on the Right

Since the portside to portside rule was established, putting steering wheels on the right side of boats would give drivers the best visibility. The operator is also safer if collisions happen.

Another technical reason lies in the boat propellers. Propellers spin clockwise, thus pushing the left side down two to three degrees. The weight of the steering wheel and the operator on the right can help balance out the vessel.

The port side suffers from the turbulence of the propellers. So, having the throttle and technical controls on the right side helps the operator manage them better.

I Prefer My Wheel on the Left, What Can I Do 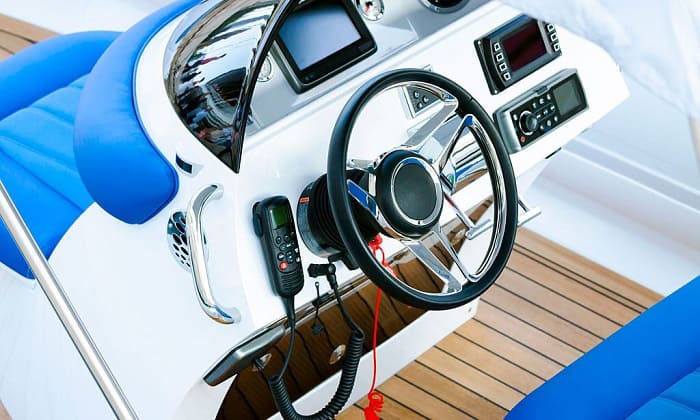 The system is costlier than traditional single propellers, so it mostly applies to larger vessels. If manufacturers install counter-rotating propellers on a boat, they must place the wheel at the center to ensure balance.

Back then, most sailors placed the steering oar on the right side of the boat. So, they called it the stéor bord (meaning the steering side of a boat in old English). The word has now become starboard in modern English.

They called the left the port side because this side of the boat faces the port to load goods and supplies.

Unlike “left” and “right”, “starboard” and “port” are fixed. No matter how a boat turns, its starboard and port remain the same. In the vast sea where locations are difficult to determine, having fixed terms like so is super necessary.

To sum up, there are many ways to answer “Why are boats right-hand drive?” We might inherit the habits of ancient sailors and follow the old marine rules. But manufacturers also place the wheels on the right for the purpose of balance and performance.

So, what do you prefer? A boat with helm on the port or starboard side? Let us know in the comments.